During such uncertain times we are proud to be members of organizations such as IFAI.  They are working to provide information and resources to members of the industrial fabric community…

February 1st, 2012 / By: IFAI / Products Introduced to the U.S. market in 2011, double-coated keder is manufactured by wrapping a regular coated fabric around an extruded core and adding a…

In this, LVEDC 10-profile series, they shined the spotlight on Lightweight Manufacturing, In 2013, LVEDC worked with us and the commonwealth to arrange for $720,000 in PIDA funding. The overall…

Continue Reading Our Spotlight on LVEDC 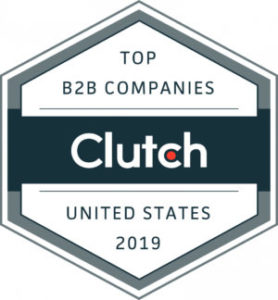 Lightweight Manufacturing has been providing materials for tent companies since 2007. We pride ourselves in being able to manufacture high-quality architectural fabric panels and provide accompanying engineering services. Our team is especially excited about the custom Keder products we are equipped to offer. Originally invented to connect sails to wooden masts on sailboats, Keder is used in many tents. We are able to design custom Keder rails and sell Renew Keder, as well as our own variety. As a result of our work, we have been selected for the 2019 Clutch Report as a leading creative and design company in the distribution companies category in Pennsylvania.

One of the many parts of the $61.6 million dollar renovation and improvements to the water system on Penn State University’s main campus in State College, Pennsylvania, included replacing a large water tower. The 140-foot tower, which supplies water to the campus’s dorms and other buildings, is part of a system that uses over 550 million gallons per year. Construction of the new water tower on the northern section of campus, which began in 2015 and finished in the summer of 2017, includes the addition of a unique shade structure from Serge Ferrari.

Just steps from the Palmer Museum of Art and adjacent to the Stuckeman Family Building, the new water tower includes a seating and stage area covered by Flexlight™ Xtrem TX30-III membrane from Serge Ferrari. The initial design of the tensile structure was a combined effort between Derek Kalp, PLA, ASLA, and Landscape Architect at the Penn State Physical Plant and students at the Stuckeman School of Architecture and Landscape Architecture, of which Kalp is an alumnus.